Some Pictures of Bangkok 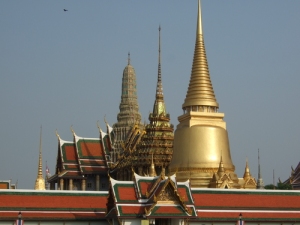 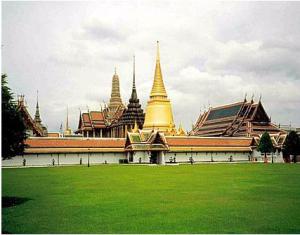 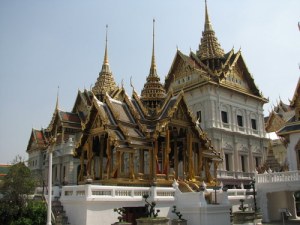 The Grand Palace (Thai: พระบรมมหาราชวัง, Phra Borom Maha Ratcha Wang) is a complex of buildings in Bangkok, Thailand. It served as the official residence of the king of Thailand from the 18th century to the mid-20th century. After the death of King Ananda Mahidol in the Grand Palace, King Bhumibol moved the official royal residence to Chitralada Palace. Construction of the palace complex began in 1782, during the reign of Rama I.

The palace complex sits on the east bank of the Chao Phraya River. The other approaches to the palace are protected by a defensive wall of 1,900 metres in length, which encloses an area of 218,400 square metres. Further out from the wall is a canal, which was also created for defensive purposes, making the area surrounding the palace an island, known as Rattanakosin. 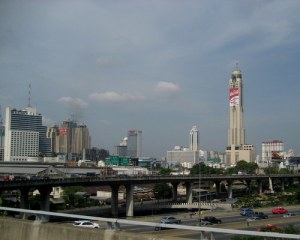 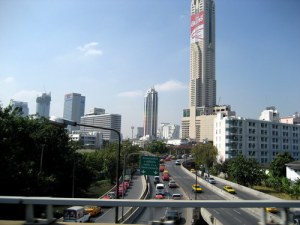 The Baiyoke Tower II, located on 222 Rajprarop Road in the Ratchathewi district of Bangkok, Thailand, is the country’s tallest building ( But soon to be overshadowed by the Ocean One “O1” tower by 63m; scheduled to be built in Pattaya, Thailand by the end of 2009 ). It contains the Baiyoke Sky Hotel, the tallest hotel in Southeast Asia and the third-tallest all-hotel structure in the world, with 673 guest rooms.

The Baiyoke Sky Hotel website itself lists the height without the antenna as 309 m (1,014 ft), but the Council on Tall Buildings and Urban Habitat (CTBUH), Emporis, and SkyscraperPage list it as 304 m (997 ft), with SkyscraperPage stating that this height was supplied by the structural engineering company.

This entry was posted in 1. Bookmark the permalink.